You can also find this post as an Instructable.

I finally got around to complete Part 2 of the Ears video. I’m still having some recording issues. If you have any questions please comment. Feedback is appreciated. I worked on cutting down the time to 15 minutes this time. Currently working on trying to sound less monotone.

The two ears used for reference in the video where:

“Mean me” by Pierre Vignaue used under a CC-BY 2.0 License / Cropped

“Backlight 2” by Travis Pawlewski used under a CC-BY 2.0 License / Cropped

Below is the chart I rendered. Patreons get access to the PSDs for both files. 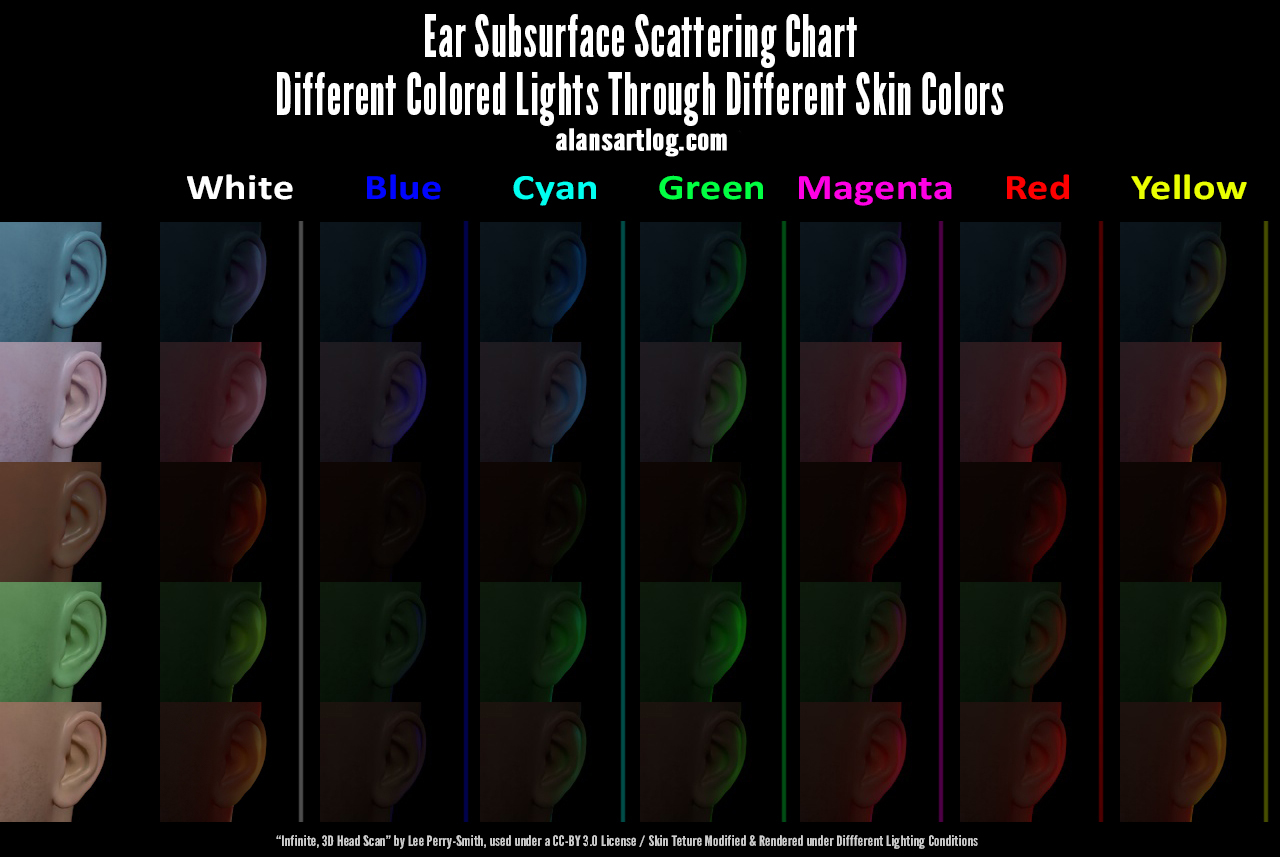 The 3D head scan I used was: “Infinite, 3D Head Scan” by Lee Perry-Smith used under a CC-BY 3.0 License / Rendered under different Lighting Conditions (Click the link there and scroll down to download).

You can download my ready made C4D scene here. In the future these are the types of things that if I heavily modified or made myself will be temporarily patreon exclusive. I’ll also probably use blender, but I’m currently still struggling with it. It doesn’t play nice with my graphics card and setting my own shortcuts has been much harder than I thought. I also still need to learn how to import/export models between programs properly. If you want to open the model and play around with C4D Maxon offers an "unlimited" demo (45 days with saving).

You can also go to Virtual Lighting Studio like I mentioned in the video. You can add multiple different colored lights to that same head (and others) and move their positions around. The only thing you can’t do is change the skin texture like I did, but the site can still be incredibly useful. If you’d like to recreate the scene from scratch or understand more about what I did, there’s this video, and I’ve added the exact details of what I did after the read more.

Setting up the Scene in C4D

3D programs tend to differ vastly on where settings are, but the same basic concepts apply if you want to try to get these yourself. The skin texture must be changed. Subsurface Scattering must be on with the matching color. And you must render with global illumination. There’s a video using this exact same head in C4D like I mentioned, but my exact methods were the following: 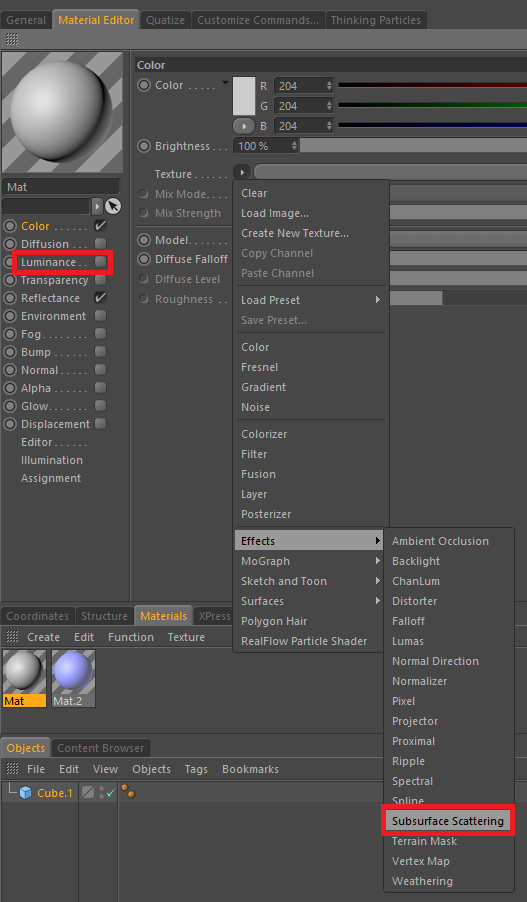